What is an earthquake scenario and how is it used?

The evidence for a large earthquake on the Alpine Fault is rock solid. It could happen at any time. We might be at work, going about our daily tasks, separated from the rest of our family. It could happen at the weekend, when we’re out for an adventure, enjoying some much needed relaxation time with our loved ones. Or maybe you’ll be nudged awake one night by the tell-tale rumblings.

To enable us to prepare as best we can, scientists produce earthquake scenarios. This methodology is used worldwide to get a measure of the most likely manifestation of the earthquake, so that we can think ahead to what we might do in that event. In the South Island of New Zealand, this work has been undertaken by AF8, which stands for Alpine Fault magnitude 8.

The AF8 Scenario is a credible science scenario for a magnitude 8 Alpine Fault earthquake.

AF8 is an award-winning programme of scientific modelling, response planning and community engagement designed to help us understand the impacts that a large Alpine Fault earthquake will have on South Island communities and infrastructure. A Prof. Caroline Orchiston is AF8 Science Lead, so I spoke to her about the science that goes into producing an earthquake scenario:

"We had a group of scientists who did ground motion modelling – looking at the way earthquakes produce shaking – and others who looked at the landslides and other consequences of earthquakes. The scenario was pulled together to offer us the power of the hypothetical. It won’t be exactly like that in reality, but it gives us something to focus our energy on as we move on to starting to prepare for an earthquake like this.” – A Prof. Caroline Orchiston

A scenario helps us to think about what might happen. By scientifically looking back on the earthquakes that have happened in the past, we can then consider how such an event might impact our current landscape and plan our response accordingly.

But there are still a multitude of eventualities that need to be considered; we must think about the primary event, the earthquake – the impact of which would be dependent on the precise location and magnitude of the earthquake, the local geological environment, the types of structures nearby, the time of year, the time of day – as well as any secondary hazards that might result.

The ground-shaking itself is likely to have secondary consequences such as landslides (cliffs and steep slopes are destabilised due to the shaking), liquefaction (the shaking agitates saturated ground material, liquifying it) or tsunami (large waves produced by the land movement) – or a combination of these.

The impacts will vary by location across the South Island and distance from the epicentre of the earthquake. So how can we understand what the major impacts will be?

"The types of hazards that are produced by ground-shaking can have significant impacts on the ways out societies can respond and recover from earthquakes. The roads that cross the Alps are highly exposed to landslides crossing the roads and causing disruption. Interruptions to the road and rail networks around the South Island will be significant. There will be a lot of aftershocks that will come after this earthquake and so accessing some of these places to do repair work will be hard in itself. Sometimes when an earthquake starts off the fault can break right through to the surface, and this is where most damage is done to our infrastructure. For example, if a house is sitting on the fault and that fault moves, then the house will be significantly damaged.” – A Prof. Caroline Orchiston 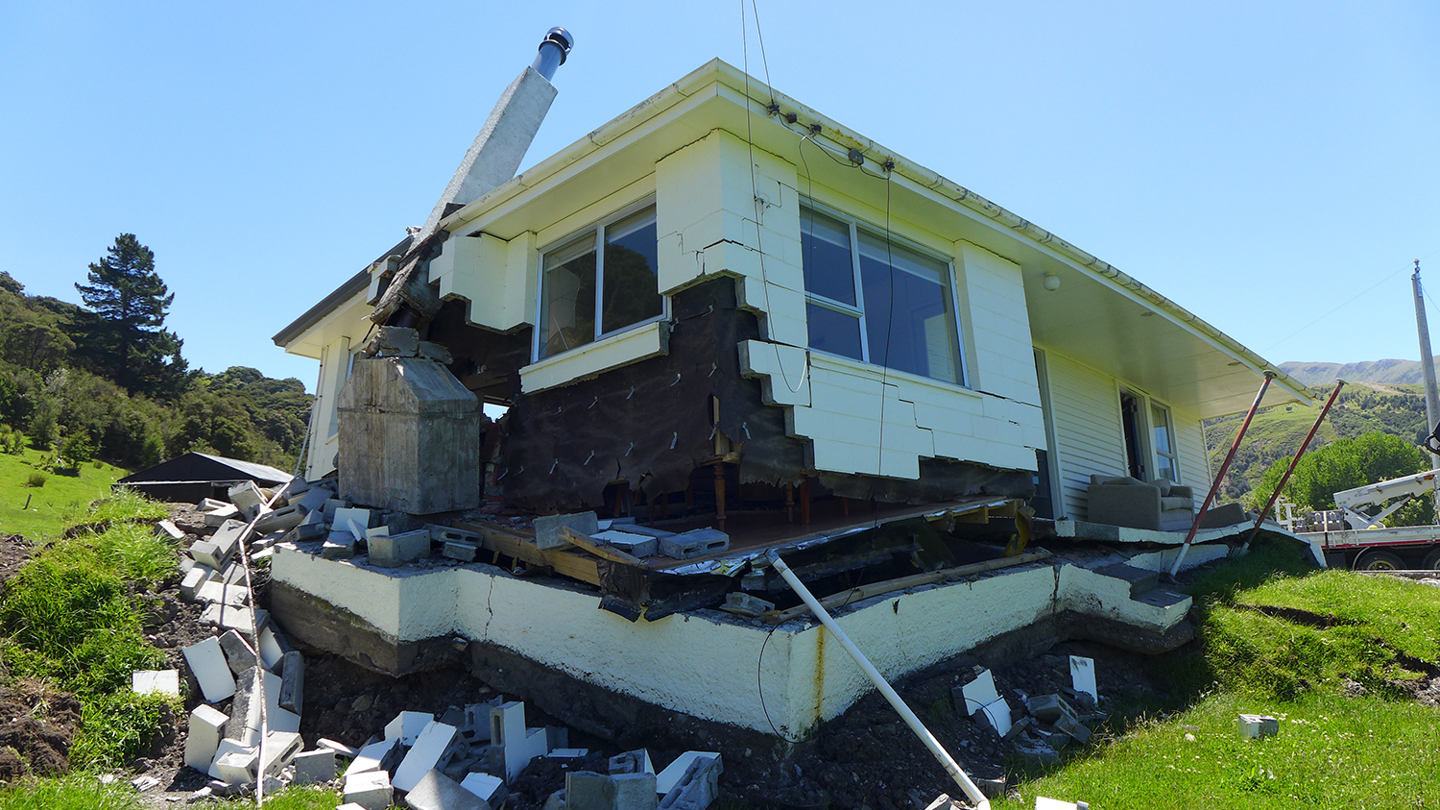 A house which was sitting on top of the Kekerengu Fault rupture, lies damaged and off its foundations following Kaikōura Earthquake 2016 (Source: GNS Science / EQC)

We might experience some quite intense shaking in the Mackenzie District. Twizel, known as the heart of the Mackenzie District, was specifically built to accommodate workers on the hydroelectricity scheme in the 1960’s; schemes that not only feature on the glacial lakes, but also numerous man-made lakes in the area. Many local residents might wonder how robust those dams will be in the event of a large Alpine Fault earthquake.

I spoke to Kaley Crawford-Flett of the Civil and Natural Resources Engineering team at the University of Canterbury about the steps that are taken to minimise the risks of dam failure.

"There is a lot going on behind the scenes and every dam owner spends a huge amount of time and money on their dam safety assurance programme in terms of annual and comprehensive dam safety reviews, monitoring and surveillance, do a lot of visual inspections, they have emergency action plans. So, there are a lot of things that the dam owners are doing day in day out that people don’t see, to make sure that their dam is as safe as it could possibly be in an earthquake event.” – Dr. Kaley Crawford-Flett

It’s great to hear how much work has gone in to ensuring the dams in the area are as safe as possible. But during my conversation with A Prof. Orchiston, she mentioned the possible lake-based hazards that might occur following a large earthquake on the Alpine Fault. Rather than the dams themselves being a concern, perhaps we need to be more concerned with the large bodies of water that they’re holding back.

I’m keen to find out more about how the numerous lakes of the Mackenzie – both natural and man-made – might respond to an earthquake. Luckily, extensive investigations were carried out a few years ago, and I’ll be speaking to the scientists involved.